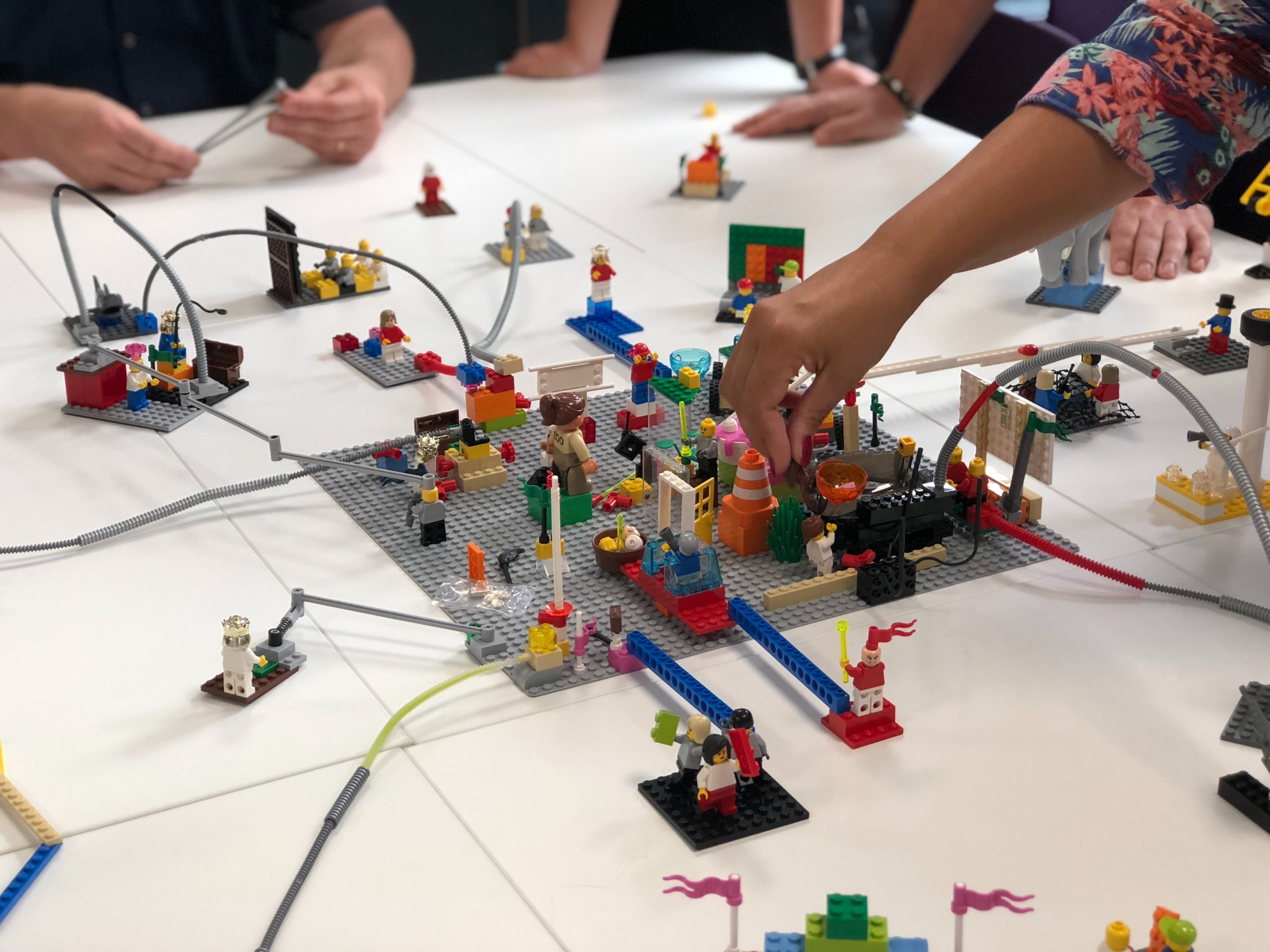 Commonspoly emerged in 2015 as a way to hack and subvert the contemporary version of Monopoly. Just like in the original, each space on the board provides goods or other resources, but in Commonspoly these goods can be Private, Public or Commons, and the challenge, rather than competing to accumulate goods, is to create a society in which working together furthers the common good.

There is an ongoing battle. The Speculator(s) are organised and committed to privatising every resource available in society: environmental, urban, health and intangible (knowledge based) goods. You must cooperate with other players to prevent privatisation and liberate as many goods as possible. Your goal is to turn them into public goods or, even better, common ones. Work together as a team to fight this dystopia!

You have 20 rounds to use your Welfare and Legitimacy Points for the common good. This is a race against time and you win by turning all goods into common holdings. If there is a mix of public and common goods, it’s a draw. You know what that means, if there is even one private good remaining you lose (and The Speculator(s) win). Work together to fight the privatisation!

The game combines some elements from role-play games and some from other traditional board-games. As in the role-play games someone needs to be in charge of the facilitation and this person is called Game Master. There is a document which explains in detail all the rules and dynamics of the game. It can be downloaded in English, Spanish, Portuguese or French. Normally, the Master also plays the evil role: The Speculator(s). The rest of the players must randomly pick from the 8 characters you will find in your Commonspoly box.

It can be used as a workshop/activity with a group from 4 to 8 people to tackle the topics of cooperation and collaboration and questions the current world issue and the society.

Background and where it has been employed

Commonspoly is an attempt to rectify a misunderstanding that has lasted for more than a century. Back in 1904, Elizabeth Magie patented The Landlord’s Game, a board game intended to warn people about the dangerous effects of monopolism. Years later, she sold the patent to Parker Brothers, the company that distorted her game, turning it into the Monopoly we all know today—a game that celebrates huge economic accumulation and the bankruptcy of anyone… except you! As part of a Hackcamp, organised at the 17th ZEMOS98 Festival in 2015, a working group created the first version of Commonspoly, based on their desire to reclaim Magie’s story. For more information see https://commonspoly.cc/history

You can either buy the game on the website or print it yourself. You can download all the elements of the game in 4 languages from the game website. That includes the Board, the Game Master’s Guide, 8 Player Sheets, 1 Game Sheet, 20 Global Cards, 40 Situation Cards, 8 Player game pieces (various colours), 3 Speculator game pieces (white), Rectangular Goods pieces (38 of each colour: black for Commons, grey for Public and white for Private), Welfare Points and Legitimacy Points.

Materials to print the game: https://commonspoly.cc/documentation

Over the past years, the game has undergone many changes and resulted in a total of 4 editions. At the beginning of 2020, development began on this new and improved version 4.0, known as the Commonspoly Green Edition. This has all been possible thanks to the support of the European Cultural Foundation and it’s coordinated by ZEMOS98.

The peer production license is an example of the Copyfair type of license (see http://wiki.p2pfoundation.net), in which only other commoners, cooperatives and nonprofits can share and re-use the material, but not commercial entities intended on making profit through the commons without explicit reciprocity. https://commonspoly.cc/licence